In My Mailbox is a weekly meme hosted by Kristi over at The Story Siren and it allows us to share what we've gotten in the way of books during the course of the week. They can be books bought, borrowed, swapped, received for review, etc.

I must apologize for being so quiet lately! If I owe you a package, I must apologize for taking so long to send it out and I really should've e-mailed you guys to let you know that I haven't had time to run out and pick up the bubble envelopes yet. In the future, I shall strive to do a much better job of this. D:

Meanwhile, I've been reading my little heart out and I've been working on reviewing again--although I feel like I'm suffering from a case of reviewer's writing block. >.< ALA Midwinter was a ton of fun and I wish I'd mingled more than I did--admittedly I'm so insanely shy in person that it's pretty crazy. Everyone was so friendly, the weather was great, and well, it was just pretty darn amazing.

I must also apologize for the quality of the pictures--I took them with my cell phone which is sometimes temperamental when it comes to taking pictures. D: All release dates listed are of course, subject to change. All links (in the book titles) will take you to their GoodReads pages. 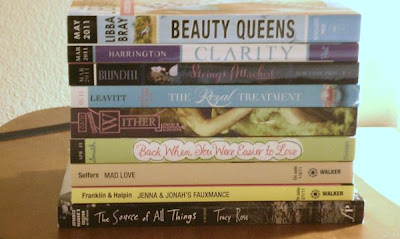 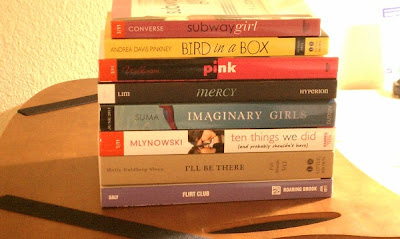 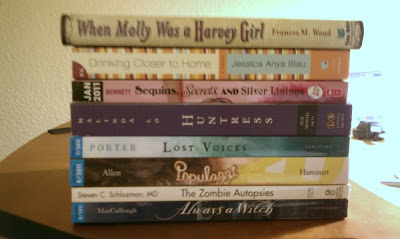 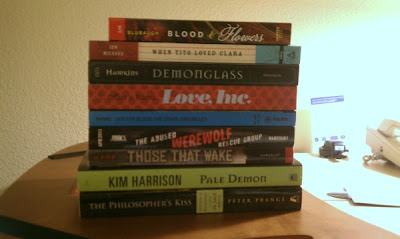 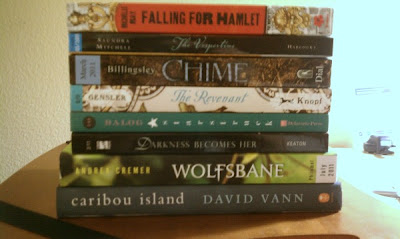 And that, is what was in my mailbox this week! Well, technically last week--but the internet at the hotel would not connect with my laptop. Admittedly I haven't bought anything this week although I fully intend to run to the bookstore this coming Tuesday to pick up a copy of Karen Marie Moning's Shadowfever and if a copy of Unearthly happens to tag along, well, it happens. :P

I think I just about died (in a very Rachel Zoe sort of way) when I saw Falling for Hamlet--no really, when I saw it, I made for Little Brown's booth because it looks amazing--and I did a silent "Squee!" when I saw that they had Kim Harrison's Pale Demon out over at HarperCollins! Well, I had a lot of "Oh my goodness!" moments and I'm really, really trying not to read Wolfsbane right now (I actually started reading a page and before I knew it, I'd gone another five!) as I've heard that I'll really want the next book after I finish reading it!

So, what did you get in your mailbox this week?
Posted by Kristin @ Beneath Shining Stars at 8:56 PM