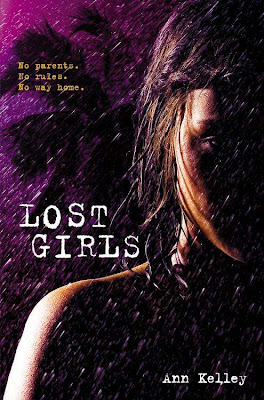 It was supposed to be a three day camping trip--in Thailand--on an island. But this wasn't the island they were originally going to camp on. No, this was the island that the boatman wouldn't even set foot on, an island that he said was forbidden. As a group of girls and their chaperone will soon learn, it's an island that will bring them nothing but bad luck and as a result, an extended stay.

Told from Bonnie MacDonald's point of view and set in 1974, Lost Girls documents her group's stay upon the forbidden island and the misfortunes that befall them upon it. Admittedly, this didn't grip me as quickly as I'd hoped it would and there were moments that felt like they dragged. However, as a whole, this was definitely an interesting read--not quite like Lord of the Flies, but slightly similar. As for the story itself, it bounces back and forth between Bonnie on the island and a few of her memories from times before landing on the island.

As for the supporting characters, there are a lot of them. But the most important three seem to be Ms. Campbell (their chaperone), Jas (Bonnie's friend and an extremely resourceful girl), and lastly, Hope (who becomes more important as the story progresses). I'm not going to go into great detail about them as that'd mean spoilers. What else can you expect from Lost Girls? A few deaths, stormy weather, tigers, wild boars, rats, and some drama amongst the group.

Would I recommend Lost Girls to you? If you're looking for a survival story to read, sure. You might also be interested in The Raft by S.A. Boodeen which comes out on August 21st.