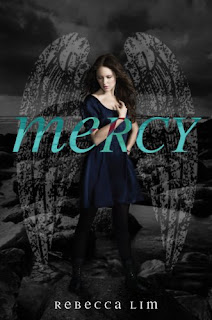 Summary from GoodReads:
A fallen angel haunted by her past. Yearning for her immortal beloved. Forever searching for answers. Who will show her Mercy?

Mercy has lost herself. She can’t count how many times she’s “woken up” in a new body, and assumed a new life, only to move on again and again. During the day she survives in the human world on instinct and at night her dreams are haunted by him. Mercy’s heart would know him anywhere. But her memory refuses to cooperate.

But this time is different. When Mercy wakes up she meets Ryan, an eighteen year old reeling from the loss of his twin sister who was kidnapped two years ago. Everyone else has given up hope, but Ryan believes his sister is still alive. Using a power she doesn’t fully comprehend, Mercy realizes that Ryan is right. His sister is alive and together they can find her. For the first time since she can remember, Mercy has a purpose; she can help. So she doesn’t understand why the man in her dreams cautions her not to interfere. But as Ryan and Mercy come closer to solving the dark mystery of his sister’s disappearance, danger looms just one step behind.

Will Mercy be able to harness her true self and extraordinary power in time?

The first in a dazzling new series, Mercy masterfully weaves romance, mystery and the supernatural into a spell-binding tale.

Mercy never stays in one place for very long--and by place, I mean body. She goes from body to body, fixing the lives of the girls she inhabits before moving on to the next. After a while, she can't even remember their names or what was wrong with their lives. All she knows is that she's not them and that she's been moving from body to body for as long as she can remember. Then there's Luc, who haunts her dreams, urging her onwards to find him. But for once, Luc has a bit of competition as this time Mercy comes across Ryan, a boy whose family has been torn apart by the disappearance of his sister, Lauren. His mother and father have finally come to terms with the fact that Lauren must be dead by now, but is she?


At the beginning, I'll admit that I didn't really "get" that Mercy was a fallen angel and to be honest, it's never really mentioned straight out in Mercy--or maybe I'm just forgetting exactly where that was mentioned at. However, as things progress, you do get to learn a bit more about Mercy's past and it certainly is interesting. For the duration of Mercy, Mercy is Carmen Zappacosta, a girl from St. Joseph's Girls' School's choir (a soprano) taking part in a concert in Paradise (yes, that's the name of the city). Carmen's biggest problem--asides from self-confidence--is Tiffany, another soprano from her school who is a real pain and hates that Carmen can out-sing her.


Singing is a terribly important thing in Mercy. Not quite as important as the case of the missing girls--for yes, another girl goes missing--but it plays a terribly large role none the less. On top of that, Ryan was pretty darn interesting (as he believes his sister is still alive while his parents do not) and I did think that it was cute that Mercy grew on him although not exactly tiny, adorable puppy cute. He's pretty much hellbent on either finding his sister alive or dead and well, Mercy intends to help him out. Luc is less than pleased about this, but as he only visits Mercy in her dreams, there's not much that he can do about it. And yes, Luc is literally the man of her dreams and the Eight are doing their best to keep the two apart.


What else can I say? I love how things left off at the end, the plot flowed along nicely, and although it wasn't a huge shock, I was surprised to find out who had been kidnapping the girls (as well as why). It didn't particularly wow me, but it was a pleasant read. I'd recommend this to you if you're liking the sound of the plot or if you generally enjoy novels involving fallen angels.