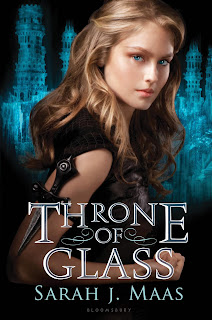 Celaena is a master assassin, one who was sentenced to Endovier and the salt mines for life--or rather, as long as she could survive there. When the Crown Prince of Adarlan pays her a visit and offers her an opportunity to win her freedom, Celaena agrees. Now she'll fight to become the King's Champion and win her freedom; however, someone (or something) has been killing off candidates and there's something dark behind the murders.

Read this if: you like female characters who seriously kick butt (and can hold their own), a well balanced love triangle, and a story set in a world where magic is outlawed (in the kingdom).

It's hard not to like Celaena. I mean, she's a master assassin and really not to be messed with. If I were to get into a fight, she's definitely someone I'd want to have at my back. Asides from that, you do learn about (some of) her past and I really think it adds to her character (as it should). But she's not the only girl in Throne of Glass who is capable of kicking butt. I'm pretty sure that Princess Nehemia could more than hold her own. As for who she is, well, you'll have to read Throne of Glass to find that out. 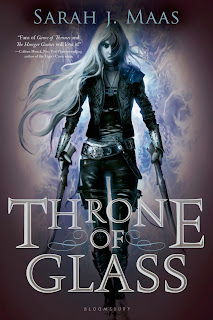 Then there's the boys. Let's be clear here, it's hard to pick one but I certainly wouldn't mind taking whatever boy Celaena doesn't choose off of her hands. Although now that I think about it, that might be a problem if she doesn't choose either of them which is certainly a possibility. Having said that, if I'm playing favorites then I'd definitely--personally--pick Prince Dorian. Yes, you heard me, I'd choose the Crown Prince of Adarlan and no, it's not because he's the prince. Okay, maybe a little. But he's charming, witty, and it certainly doesn't hurt that he's handsome. On the other hand you've got Chaol, Captain of the Royal Guard, who is the more serious of the two. He's a bit more rugged looking and secretly, I swear he's a teddy bear. Don't get me wrong, a teddy bear who would follows the rules. He's softhearted at times, but more than capable of doing his job.

As for the plot? I was quite happy with it! There was always enough to keep my interest and I loved how the fantasy element was worked in--yet did not overwhelm any other aspect of the story. In short, if you still haven't read Throne of Glass yet but have been looking for someone to encourage you a little, this is me encouraging you. I'm definitely looking forward to reading Crown of Midnight in August.

P.S. Did I mention that the paperback version of Throne of Glass came out two days ago? Yes, that's right, it came out on May 7th. Thoughts on the new cover?